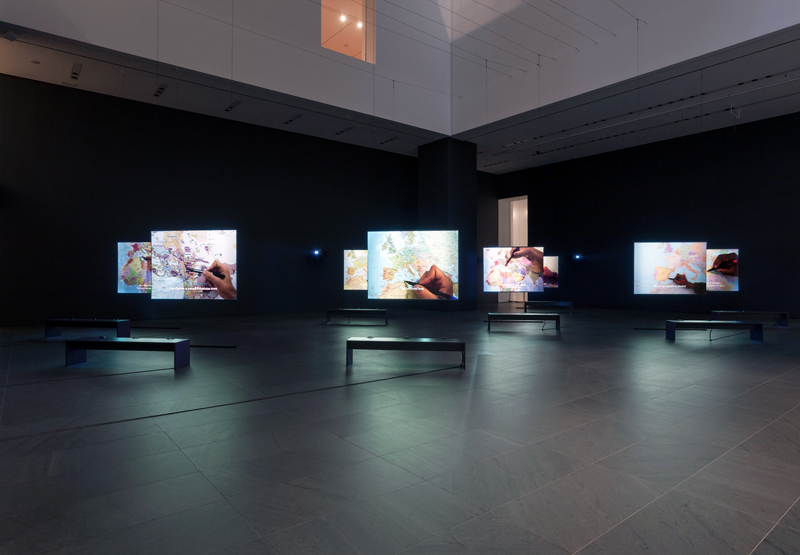 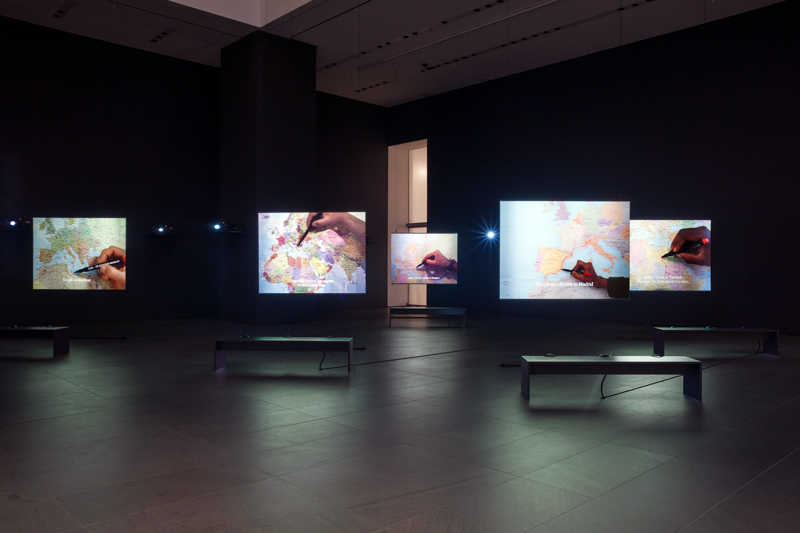 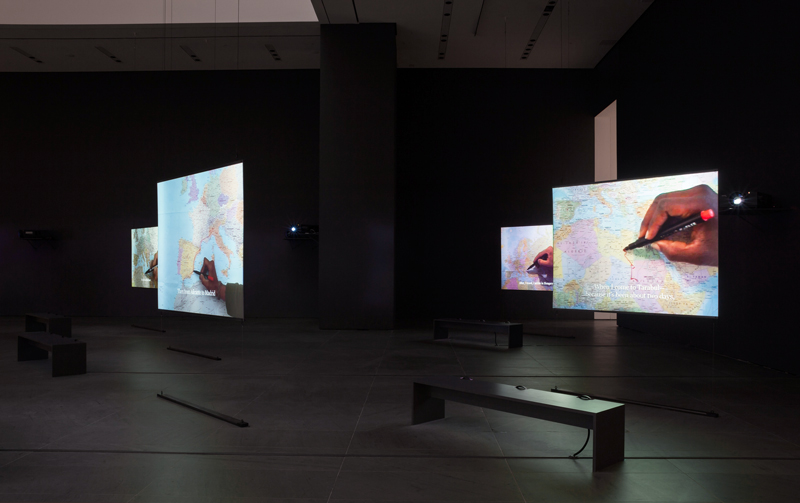 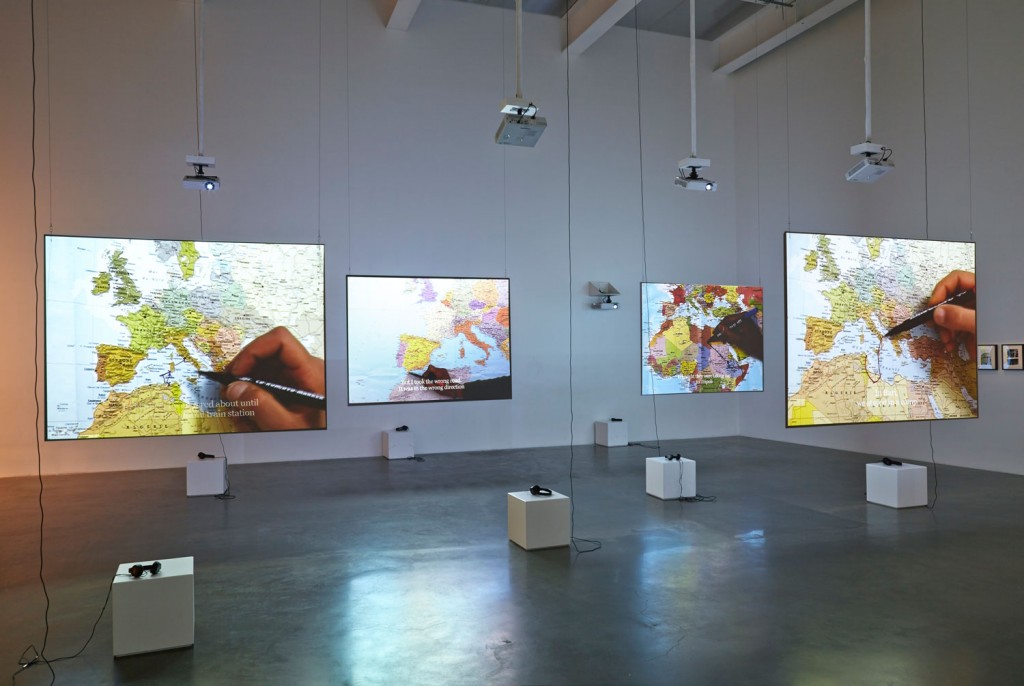 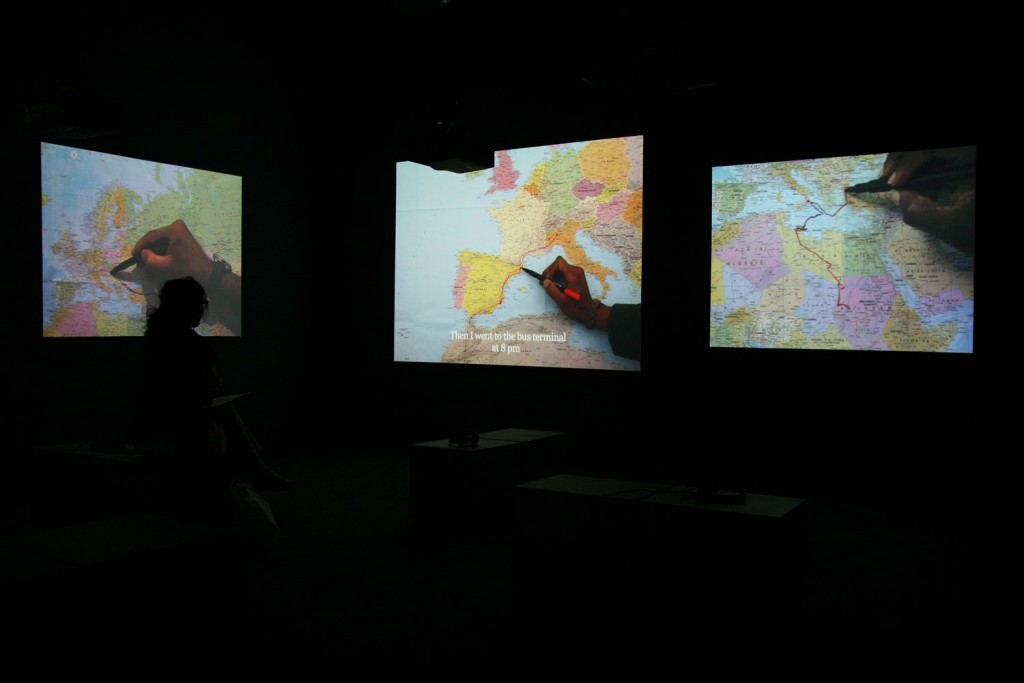 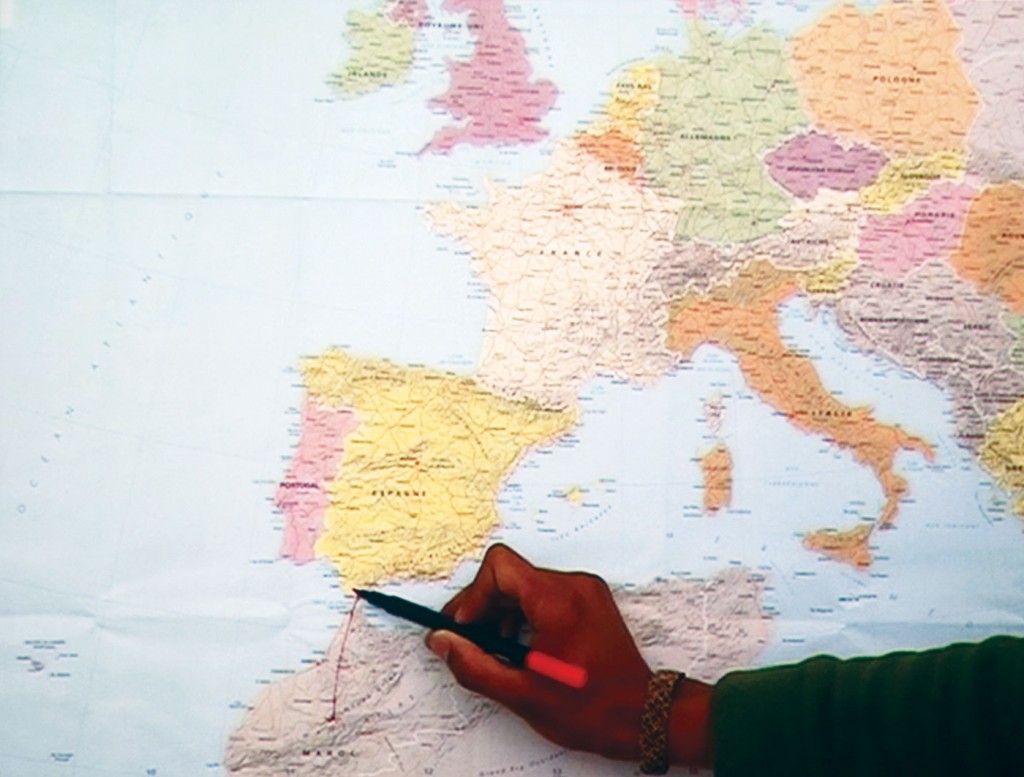 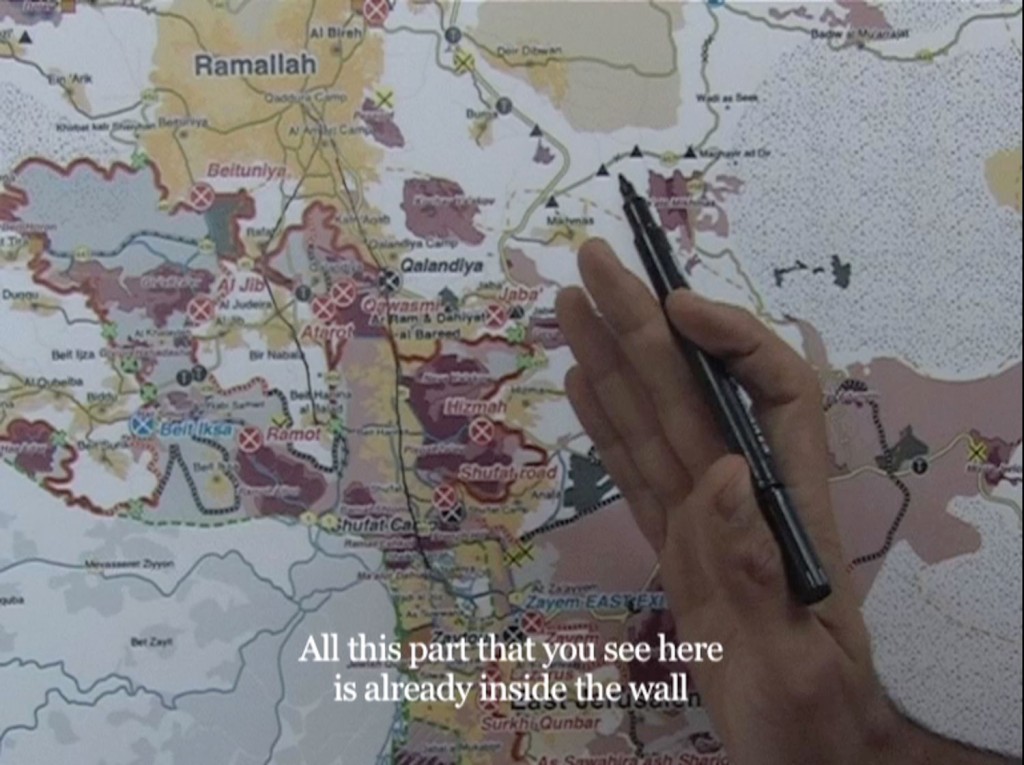 Produced between 2008 and 2011, The Mapping Journey Project is an installation composed of 8 single channel videos.

This project aims to draw an alternative practice of map-making elaborated and shaped from the perspective of individuals forced to cross borders illegally. Each of the videos is based on one long static shot. A hand holding a permanent marker draws literally on a map the tortuous and complex roads across borders that forced illegal journeys generate, while off-screen the narrators recounts factually the journey.

While literal maps are the central visual element of The Mapping Journey Project, they are employed only to be subverted. The blue water and multi-coloured countries that abut one another become graphic abstractions as each protagonist draws lines across and through them. The borders between places are arguably the most important element to each character’s story – their defining antagonist – but the borders are also, as each speaker’s constant traversals imply, arbitrary, state-sponsored manmade obstructions. The inclusion within the eight videos of an altogether different and much smaller map of the area between Israel’s western border and the Palestinian territories reveals the political dimensions of not only the work, but of the entire concept of movement and migration at the core of Khalili’s practice. Seven of the maps show numerous countries residing on different continents, but the singular video, Mapping Journey #3, which shows the borders between these two contested places, is what critically illuminates the artist’s guiding philosophical position: migration and travel are not simply tied to ideas of economic opportunity, exile, or escape. Rather, they also operate as modes of resistance: they are lived expressions of political positions that refuse state control and power, and the restrictions of nationalisms, regionalism, and ideology. The smaller map, often ignored by critics in assessments of this work, is the sharpest indication of the arbitrariness and implicit subjugation of borders. (Diana Nawi, Other Maps On Bouchra Khalili’s Cartographies, Ibraaz, platform 008, January 2015)